Guest Post: The Best 60th Birthday Gift From My Daughter October 17, 2019 - Hello everyone! My name is Charlotte from Atlanta, Georgia. A proud grandma of two beautiful grandchildren.

I have been suffering from rheumatoid arthritis for a few years now, and each year my range of motion of my joints gradually become worse and worse. I think anybody that’s around my age can agree that various aspects of life that used to be so simple are now a lot more difficult than what it used to be.

One such task has been the motion of reaching around from the back to wipe my bottom after using the bathroom. My shoulder and elbow joints have been affected badly by arthritis, and this specific movement had been especially painful. There was absolutely no way I could get my hand to go behind my back, let alone under my bottom. I was wiping from between my thighs, even though I knew this method could potentially give me Urinary Tract Infections.

One week ago was my 60th birthday, and I was blessed to have spent it with my husband, my daughter Erica and her beautiful family.

As a present, Erica gave me a peculiar looking device, a tube about the length of an iPhone. I honestly didn’t know how to react, as I had absolutely no idea what this thing was! I think everyone was anticipating this reaction from me, since they all started giggling together.

My daughter explained to me that this device was called an EcoJet, which is a portable micro-shower for your bottom for after visiting the bathroom, and that it will be great for me because I’ll no longer have to put strain on my arm and shoulder to wipe.

My grandchildren started chiming in excitedly, saying they both have their own EcoJets. They also informed me of how good it is for the environment because they hardly use any toilet paper anymore, as they each have a designated towel at home to pat dry with.

Sarah, the younger of my grandchildren, took me to the bathroom to show me how it works.

First, charge it with a USB cable (the same cable my husband uses for his phone). Then, fill the tank with water, lock the tank onto the device, pull out the nozzle, then hold it between the thighs with the shower-head pointing to where I would usually wipe.

“Now just press the button and spray away!” I'm going to be honest. I was very skeptical of the EcoJet at first. Could this device really replace wiping, which I've been doing with toilet paper for 60 years?

The next morning, my elbows and shoulders felt extra rigid, so I decided to give the EcoJet a try.

I put some warm water into the tank and connected it to the device. Once I was ready to clean up, I place the EcoJet between my thighs and pushed the button…

I won’t lie, when the water first made contact with my bum, I jolted! It was certainly a sensation that I had never felt before. But after about 5 seconds, the “surprise” feeling completely went away, and I realized that the water felt very pleasant, soothing, and refreshing! I slightly moved the EcoJet around to let the water hit all the spots where I assumed had leftover doo-doo stuck.

After about 30 seconds, the water in the tank ran out, so I pushed the button again to stop the motor.

My daughter told me that everyone in her family has their own designated towel to pat dry with, but a few squares of toilet paper work as well. As I was still skeptical of all this, I pulled out my regular amount of toilet paper and started wiping as I normally do.

When I pulled my hand from under my bum and looked at it, to my pleasant surprise, there was no trace of brown! Just wet toilet paper!

That evening, when I had to use the bathroom again, I took my daughter’s advice and only use a few squares of toilet paper to pat myself dry, instead of “wiping.” Again, the toilet paper came back without any brown!

You know, the best part about this whole process was that I didn’t need to put my arm in any uncomfortable or painful positions to clean my bum. I must say, holding it between my thighs felt very natural.

After my second time using the EcoJet, I convinced my husband to try it as well. He’s usually quite stubborn when it comes to trying new things, but I think he saw how excited I was about this so he gave it a try.

When he came out of the bathroom, he had on this dumbfounded expression that I haven’t seen on him in years! He started telling me that he hated looking at the toilet paper after the first wipe because he knew that it was going to come back with a disgusting layer of poop. That the first wipe effectively just moves around the poop around the nether region, setting himself up for about 4 more wipes. “But this time, the first wipe came back without any poop on it!” He couldn’t believe his eyes!

My daughter was very happy to find out that the EcoJet was a huge hit for me and my husband. I can now wipe my bum completely FREE OF PAIN! Without at doubt, this was the best gift I’ve received in the past few years!

If you’re on the fence about trying the EcoJet, all I can say is that this product was a LIFE-CHANGER for me and my husband. If I had known this product existed, I wouldn't have had to suffer so many painful bathroom visits. Whether it's for yourself or for your elderly mother or father, this is a MUST buy item that you won't regret.

UPDATE: The company just told me that they have restocked their inventory but are selling out fast. They have a few dozen left, but they mentioned that once those run out, the current 50% off promotion will end. If you want to try this out for yourself, now is the time before this amazing deal expires. They have a money-back guarantee program so you have nothing to lose! Let customers speak for us

Having disabled hands due to a medical issue, toileting has been a challenge. A toilet seat bidet solved the problem at home. But what about away from home? How could this be solved? You know, this is important! I found Ecojet online, but for some reason was skeptical. I needed a solution, liked what I saw of the customer service info online, and decided to order. Couldn't wait for it to get here....PROBLEM SOLVED!!! It works!!! I think I'll use a water bottle to get a good wash, but it works!!! I recommend it. Used it on a trip over Thanksgiving in the Hotel. It works!!! Thanks Ecojet for this product!

We're so happy that you decided to believe and ended up loving our EcoJet! Thank you for giving us a chance.

And to show you our thanks, we emailed you a special surprise!

Having a degenerative disc disease makes doing everything painful and harder. EcoJet makes the bathroom experience less painful while keeping me fresh and clean. I love my EcoJet and I don’t leave home without it!

Nothing makes us the happier than knowing our EcoJet helps you have better hygiene and be more comfortable in the most convenient way! Thank you so much for sharing your experience with us!

And because we know how much you love your EcoJet, we just emailed you a special treat! You're welcome.

This is the best thing since sliced bread. I have 2, one for home and one for travel, would not be without it.

We love your feedback! Thank you so much for putting it out there for the world to see, so we can reach and help more people.

We sent you a special email as a thank you for your support!

I really like this product. Comes handy especially while traveling. It's even better since you can use warm water in this. I think all females should have one of this especially during your month cycles it is so useful. I would stick with low pressure though. The only reason i gave 4 star was because i wish it did have a more powerful stream because it only sprays from 5 tiny holes i wish it was more like 12. But other than it i really like it. 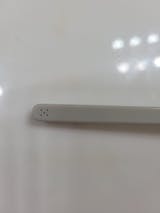 Thank you so much for recommending our EcoJet - this means the world to us! We're glad that even if you have some points for improvement, you're still happy with the purchase!

We're taking your feedback seriously. And to make it up to you, we emailed you something special!

It is the best due to 5 types arthritis . Reach is hard to do. It has worked well. I able clean up easier and do not worry that I smell bad..

We're so glad it's helping you be cleaner and more confident! We hope you continue to enjoy the benefits of our little handy device.

And we will make sure of that - we just sent you a special email!